Premier League leaders Manchester City suffered a major title dent after they were held to a goalless draw by hosts Crystal Palace as they missed out on the chance to go six points clear of rivals Liverpool ahead of their visit to play North London giants Arsenal at the Emirates Stadium on Wednesday. 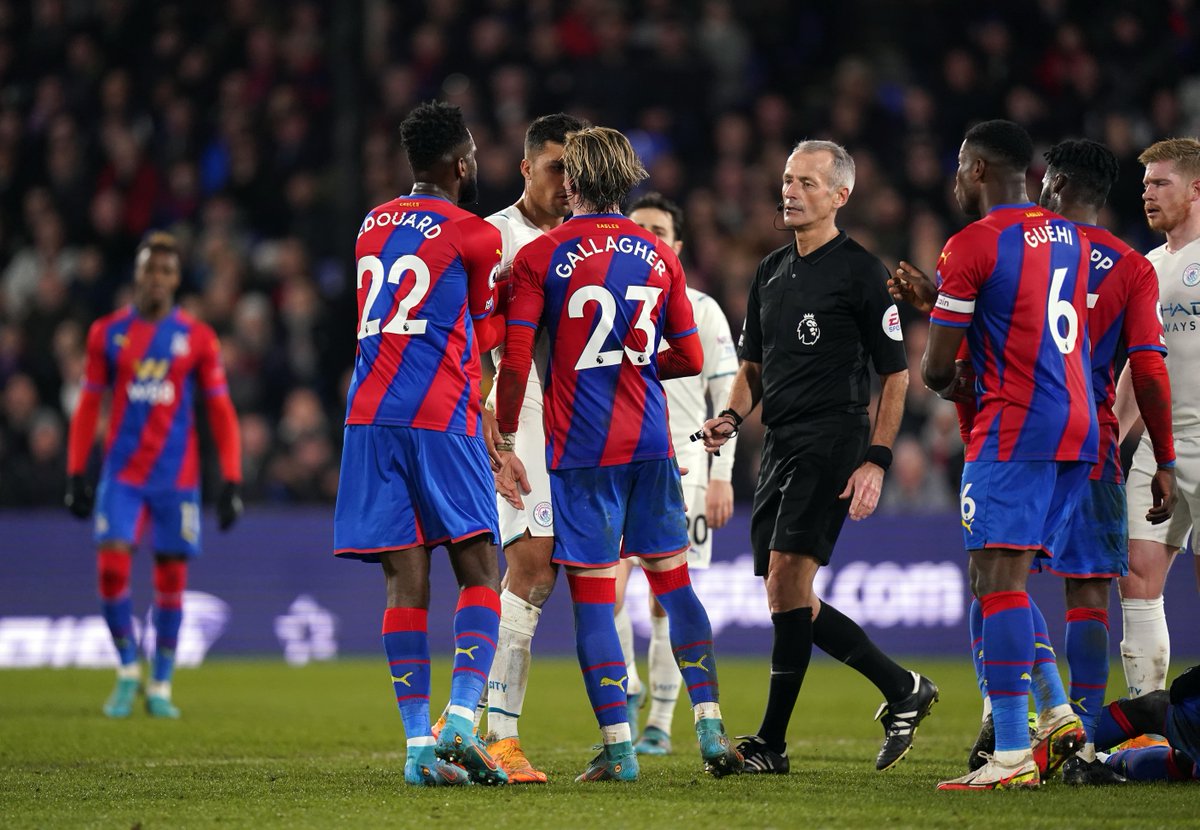 Manchester City came into their league game against the Eagles at Selhurst Park in South London on Monday as favourites and they dominated proceedings, but they could not find a way past Vicente Guaita in the Palace goal.The closest they came to scoring was when Portuguese midfielder Bernardo Silva came within inches of diverting a Jack Grealish pass into the back of the Palace net from close range.

With the latest result between Palace and City, the Premier League champions have now failed to beat the London team in their last two meetings in the Premier League. They have also failed to score a single goal in those meetings. In their first Premier League meeting this season at the home of Manchester City, French defender Aymeric Laporte was sent off for the hosts in the first half shortly after English-born Ivorian international Wilfried Zaha opened the scoring in the colours of Crystal Palace. Chelsea loanee then added a second goal in the final minutes of the game to give Palace manager Patrick Vieira and his players an impressive win. England international Gallagher is on loan a season-long loan at Palace from Chelsea.

As things stand on the Premier League table, Manchester City are looking over their shoulders in the title race with Liverpool hot on their heels. They have a four-point lead over Liverpool having played a game more. The extra Liverpool game is against in-form Arsenal away from home and they can move within a point of Manchester City with a win.