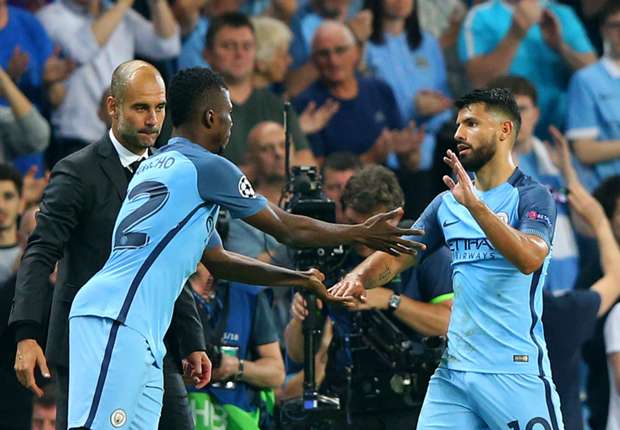 Gabriel Jesus’ arrival at the Etihad has proven to be worth every sweat and penny expended to make such signing possible. His stay so far has churned out a sellable success story and sadly at the same time illuminated the not so a success story of the another youngster kelechi Iheanacho whose shortcomings single handedly triggered the no. 33’s purchase from Brazilian outfit, Palmeiras.

When the Nigerian signed for The Sky Blues, many observers feared that given City’s reputation the U-17 World Cup winner might never get the chance or playing time to build on his ‘Golden Boot’portfolio. Such concerns were immediately dropped the moment it became clear Pep Guardiola was heading to the blue divide of Manchester. Pep’s reluctance to sign an experienced target man as back up to Aguero, restored the hopes of skeptics.

Sadly, it doesn’t seem he took the advantage given to him and now, given Aguero’s top dog status and Jesus’ goal return plus work-rate, Kelechi has a lot of work to do to turn his fortunes around. But first he must realize talent is not enough.