Skip to content
HomeCity FansCITY QUARTET OUT OF UNITED GAME

Four Manchester City players won’t be in the squad for the Premier League blockbuster clash with Manchester United in the Manchester Derby this weekend and it could be five players depending on the availability of Kyle Walker who’s struggling with an ankle problem. 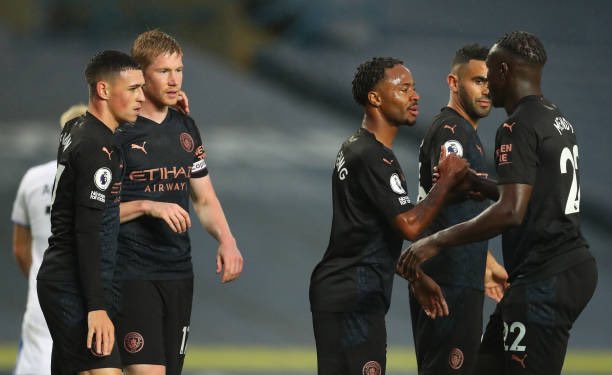 England international Walker was subbed off during the Champions League home clash with Belgian champions Club Brugge in midweek and he’s a big doubt for the short trip to Old Trafford to face the Red Devils.


The Manchester City quartet out of the derby are AymericLaporte, Benjamin Mendy, Liam Delap and Ferran Torres.

Laportewill miss the Manchester United game on Saturday lunchtime as he serves his one-match ban for his professional foul on WilfriedZaha in the Palace game last week Saturday. He was given a red card for the foul on Zaha to add to his mistake for the first goal scored by the Ivorian international on the way to an impressive 2-0 away win for the Eagles. Palace midfielder Conor Gallagher is on loan at the club from Chelsea, a fellow London team, and he scored the second Palace goal against ten-man City late in the game to wrap up the win and off the assist from Zaha.

England international John Stones is the favourite to replace Laporte at the heart of the defence for the Manchester Derby.

French left-back Mendy will miss the derby as he has been suspended by the club indefinitely for an alleged assault. Spanish forward Ferran Torres will also miss the game after he broke his metatarsal while on national team duty in the UEFA Nations League and has been ruled out until next year as a result.

Apart from Laporte, Mendy and Torres, young attacker Liam Delap will also miss the game due to an ongoing ankle issue.