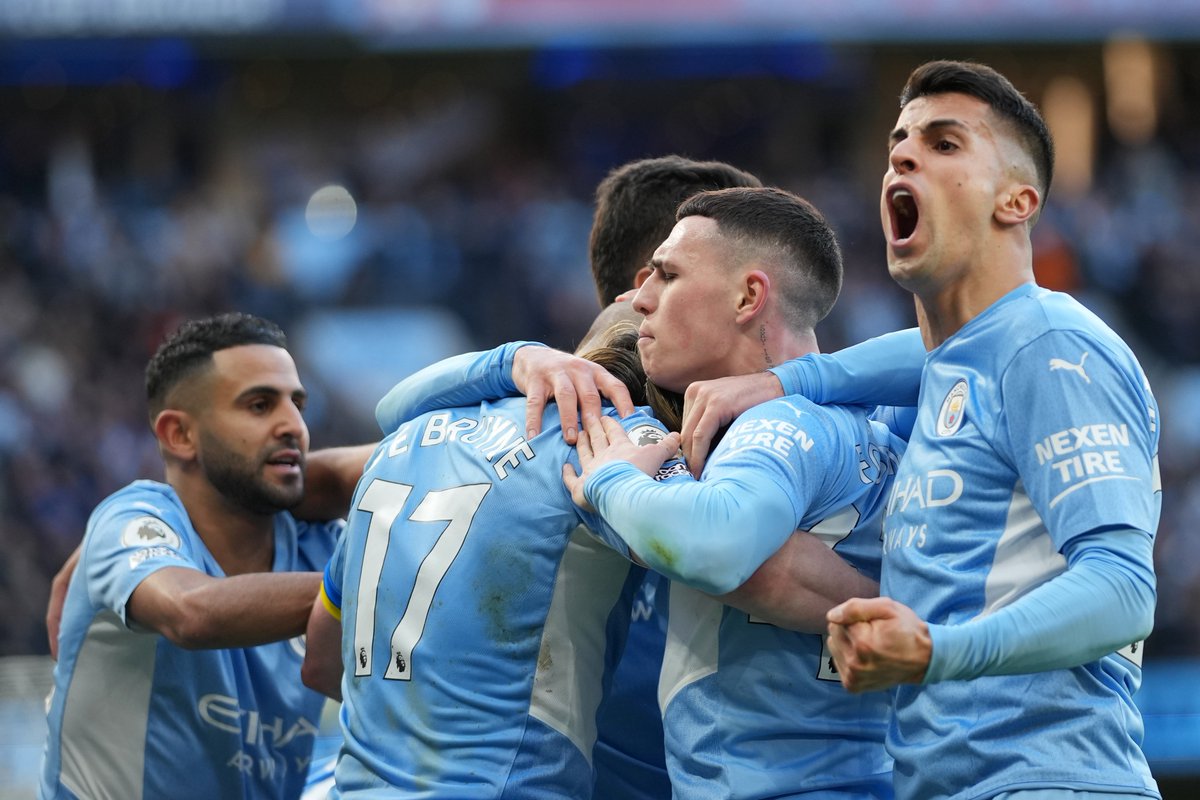 At the start of the weekend, Manchester City had a six-point lead over Liverpool before it was trimmed to a three-point lead after the Reds beatWest Ham United 1-0 at home on Saturday courtesy the goal from Sadio Mane in the first half.

Manchester City knew that an home win over Manchester United on Sunday willtake them six points clear of Liverpool once again and they did that in a convincing manner. The Premier League holders were able to re-establish their six-point lead at the summit thanks to the 4-1 win at home to the Red Devils.

De Bruynewas the star of the show and he did further damage to Manchester United in  the second half by providing the assist forMahrez to score the third Manchester City goal. Mahrez then added his second goal of the game to make it a convincing win for his team.

As things stand, Manchester City have a six-point lead over Liverpool as a result of the win over Manchester United though Liverpool have a game in hand over them.