Skip to content
HomeCity FansCITY CLOSING IN ON CUCURELLA TRANSFER

Premier League champions Manchester City are closing in on the signing of Brighton and Hove Albion defender Marc Cucurellaaccording to latest media reports. The Spaniard could leave Brighton after one season at the club with City keen on signing the former Getafe and Barcelona man. 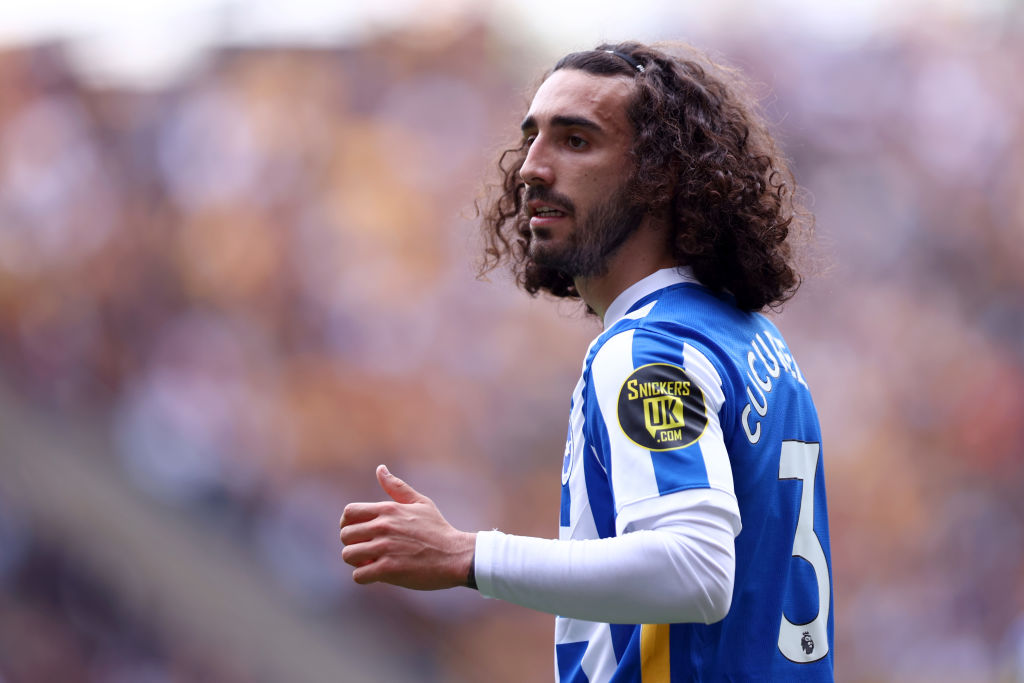 The specific report from English publication Daily Mirror stated that Manchester City have already made a £30m bid for Cucurella. He was a regular in the Brighton starting XI as they finished in the top half at the end of the latest Premier League season. The Seagulls finished the season in ninth position, which is their best position in the top flight. Cucurella was rewarded for his impressive displays in his debut season in English football with the Player of the Year award at Brighton.

Brighton paid around £15m for Cucurellalast summer. The utility player was signed from Getafe in the Spanish La Liga.A report from Sports Illustrated (SI) stated that Manchester City could confirm the deal for Cucurella as soon as next week.

Apart from Cucurella, Manchester City are also eyeing a move for Leeds United midfielder Kalvin Philips as revealed by the Daily Mirror. It was disclosed that the England international is seen as a replacement for club skipper Fernandinho who will leave the club this summer. The Brazilian star wants to return to his country after several years in English football. A fee of around £50m has been reportedin the mediafor England international Philips. The Leeds United midfielder missed a big part of the just concluded season due to injury. He returned in time to play his part as Leeds United secured their Premier League status for one more season at least. The Lilywhites would spend their third season in the Premier League next season after their promotion in 2020.